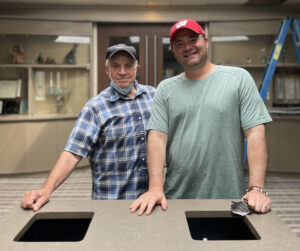 B’nai Tikvah’s Board of Trustees is responsible for providing fiscal oversight to the congregation, as well as working with staff and clergy to organize programs, classes and events that enrich the lives of synagogue members. The board consists of 14 elected trustees, a president and seven vice presidents overseeing various committees:

Our monthly meetings are open to members of the congregation on the 2nd Tuesday of every month at 8:00 pm.

Participating in a Board Committee is a great way to give back while shaping the programs and activities.  If you are passionate about an idea, interested in getting involved, or want to share some feedback, contact one of our Committee Chairs.

Learn about our Board Committees and get involved!

Sign up to be put on our email list and receive periodic email updates from B’nai Tikvah.

Support your community, honor someone on their special occasion, or remember a friend or loved one who passed away.