Rabbi Jeremy Fine was born and raised in Deerfield, Illinois. He was a proud graduate and attendee of Solomon Schechter Day School, Camp Ramah and Camp Chi, and Ida Crown Jewish Academy. After graduating from the University of Illinois in Champaign/Urbana, where he served as Hillel President for three years, Rabbi Fine began a Masters in Jewish Education which he completed in 2011. Rabbi Fine was ordained from the Jewish Theological Seminary in 2012. During his time at JTS he spent two years in Israel studying at the Conservative Yeshiva and the Machon Schechter Institute. While at JTS, Rabbi Fine received the William H. Lebeau Book Award and the Rabbi Morris Silverman Award in Liturgy. He also completed certificates in Fundraising from New York University, Rav Hamakshir (Kashrut Supervision) from JTS, a Mini-MBA for Non-Profit Organizations from St. Thomas University and became an accredited Life Coach in 2020. In  2014, the Forward recognized him as one of America’s Most Inspiring Rabbis. In 2018 he was selected as part of the Clergy Leadership Incubator and then in 2021 he was awarded the Minnesota Hillel Capp Leadership Award.

Rabbi Fine served as the student Rabbi at Congregation Sons of Israel in Amsterdam, NY and the Rabbinic Assistant and Director of Congregational Learning at Beth El Synagogue Center in New Rochelle, NY and the Senior Rabbi at Temple of Aaron in St. Paul, MN. During his tenure he was known for innovation through programs like Crossriver Kosherfest, Annual Celebrity Fundraisers, and more. He can be found on his website TheGreatRabbino.com, the largest Jewish sports website, and his podcast The Religion of Human Nature. Rabbi Fine is married to Jessica (also from Deerfield) and they have two amazing daughters Annie and Trudy

Hazzan Hery Chulef grew up in Lima, Perú, attending Hebrew Day School for 15 years.  He went on to study at the University in Perú before coming to the United States in 1986 and earning a BA in Psychology from Earlham College. From there, Hazzan Hery attended Cantorial School at Yeshiva University, NYC, graduating in 1993. Before coming to Congregation B’nai Tikvah, Hazzan Hery served as Hazzan at Havurat Yisrael, a Modern Orthodox synagogue in Queens, New York.

Hazzan Hery joined the B’nai Tikvah community in 2001 as our High Holiday Hazzan and became Ritual Educator in 2003. From there, he has lovingly trained, nurtured, and prepared hundreds of B’nai Tikvah children and adults in Ritual skills and prayer. Hazzan Hery was formally installed as the Hazzan at B’nai Tikvah in 2014. Hery is a B’nai Tikvah treasure.

Michele earned her Master of Social Work and Certificate in Jewish Communal Service from Yeshiva University in NYC. She worked in the Women’s Division at JUF and as the Program Director of Hillel at Arizona State University while in graduate school. She remained in her role as Program Director at ASU until she was recruited by the Jewish Federation of Greater Phoenix to be the inaugural Director of its newly launching Young Leadership Division. Michele held this position until she and her husband Jonathan moved back to the Chicagoland area to start their family.

Michele then spent a year working as the Education Director for Financial Poise, an online continuing professional education company, and another year working as a development consultant with Giving Tree Associates.

Most recently, Michele served as the Assistant Director at the Steinberg Pre-School at North Suburban Synagogue Beth El. After years teaching Religious School, Hebrew High School and Pre-School, Michele was honored when the administration asked her to step into the newly created role of Assistant Director of the Pre-School.

Michele and Jonathan live in Highland Park and have three children, Sophie, Julia and David.

Keren comes to us with over 20 years of experience as an educator in several Jewish movements, such as Orthodox, Reform, and Conservative. Her experiences have helped her combine Jewish education with Jewish social experiences, creating exciting and engaging lessons and activities to encourage students to expand their knowledge of Judaism, and develop strong Jewish values, Jewish identity, and a sense of unity with Jewish people and the love of Israel.

She has spent the last four years at Solomon Schechter Day School as the 3rd & 4th Grade Judaic Studies/Hebrew and resource teacher and the past five years at Congregation Beth Shalom in Northbrook as a 6th grade and Kindergarten teacher. She also taught at Jewish Day Schools in South Carolina, Atlanta GA, and various public schools in Israel.

She is very excited to start her new role and even though she has only had limited interactions with the faculty and families thus far, she can already tell that it is a unique and special place that she is incredibly excited to become a part of. 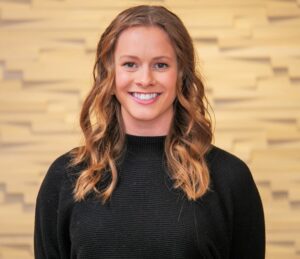 Jaylyn started working at B’nai Tikvah in the summer of 2021. She studied journalism and media studies at the University of Wisconsin Milwaukee. In Milwaukee, Jaylyn used her writing and social skills at online and print publications, news stations and magazines. Jaylyn will bring her knowledge of digital media and marketing to B’nai Tikvah, helping to revamp online content and programming.

Jaylyn grew up at Beth Tikvah synagogue in Hoffman Estates where she was involved in youth group, NFTY and OSRUI. All of these communities Jaylyn grew up with were second homes to her and she is excited to be part of B’nai Tikvah’s community. She hopes to bring a warm and vibrant energy to the team and the synagogue.

Sign up to be put on our email list and receive periodic email updates from B’nai Tikvah.

Support your community, honor someone on their special occasion, or remember a friend or loved one who passed away.